Punjab Government is educating farmers to avoid using certain pesticides while cultivating basmati paddy for the past one year. Over 500 camps have been organised till date to reach out to basmati paddy growers.

According to estimates, over 5 lakh hectare area of land in Punjab is expected to be under basmati varieties cultivation this year. Total production of Basmati Paddy targeted for FY 2019-20 is around 20 Million Tonnes.

Pesticide Residue Limits are getting stricter every year across the World. European Union (EU) had cut the maximum residue limit for Tricyclazole from 1 PPM to 0.01 PPM from 31st December 2017. These restrictions imposed by EU led to Pakistan Basmati Rice taking up major share of EU Basmati market from India.

According to data published by commerce ministry, India annually exports 3-4 lakh tonnes of basmati rice to Europe. To tackle this problem many basmati rice millers are forced to go into contract farming to control pesticide use by the farmers. 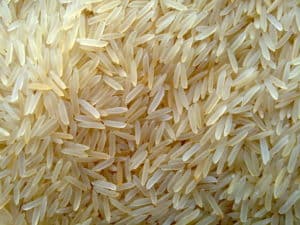 The Saudi Food and Drug Administration (SFDA) followed in the footsteps of EU. They enforced stringent norms for quality checks of basmati rice consignments. As per reports by custom officials, more than 30 containers of basmati rice from India have been rejected in Europe and other countries in FY 2018-19.

State government has advised farmers to avoid using the following pesticides and insecticides: Acephate, Triazofos, Thiamethoxam, Carbendazim, Tricyclazole, Buprofezin, Carbofuran, Propiconazole and Thiophanate-Methyl. A trial project for online tracing of agro chemicals is also being readied in a few districts. It will be followed by online registration of all basmati growing farmers.

Officers are expected to be deployed in each block of basmati growing district to monitor use of pesticides and keeping the residue level low and according to International standards. Agricultural department of the Punjab Government is also appealing to the farmers that if they feel the requirement to use of pesticide or insecticide they should contact the field officers for the solution and alternative substitutes recommended by the state agricultural universities.

Registration of Pesticides Sold in State

All pesticides sold in India are registered with the Central Insecticide Board and Registration Committee that falls under the Directorate of Plant Protection, Quarantine and Storage of the Ministry of Agriculture. In this case, the government needs to be vigilant and ensure that the banned pesticides are not sold in the market.

Farmers, exporters, rice millers, traders, government authorities and pesticide selling shops need to work together to ensure there is no use of banned pesticide and insecticide in cultivation of not only basmati but all agricultural crops.